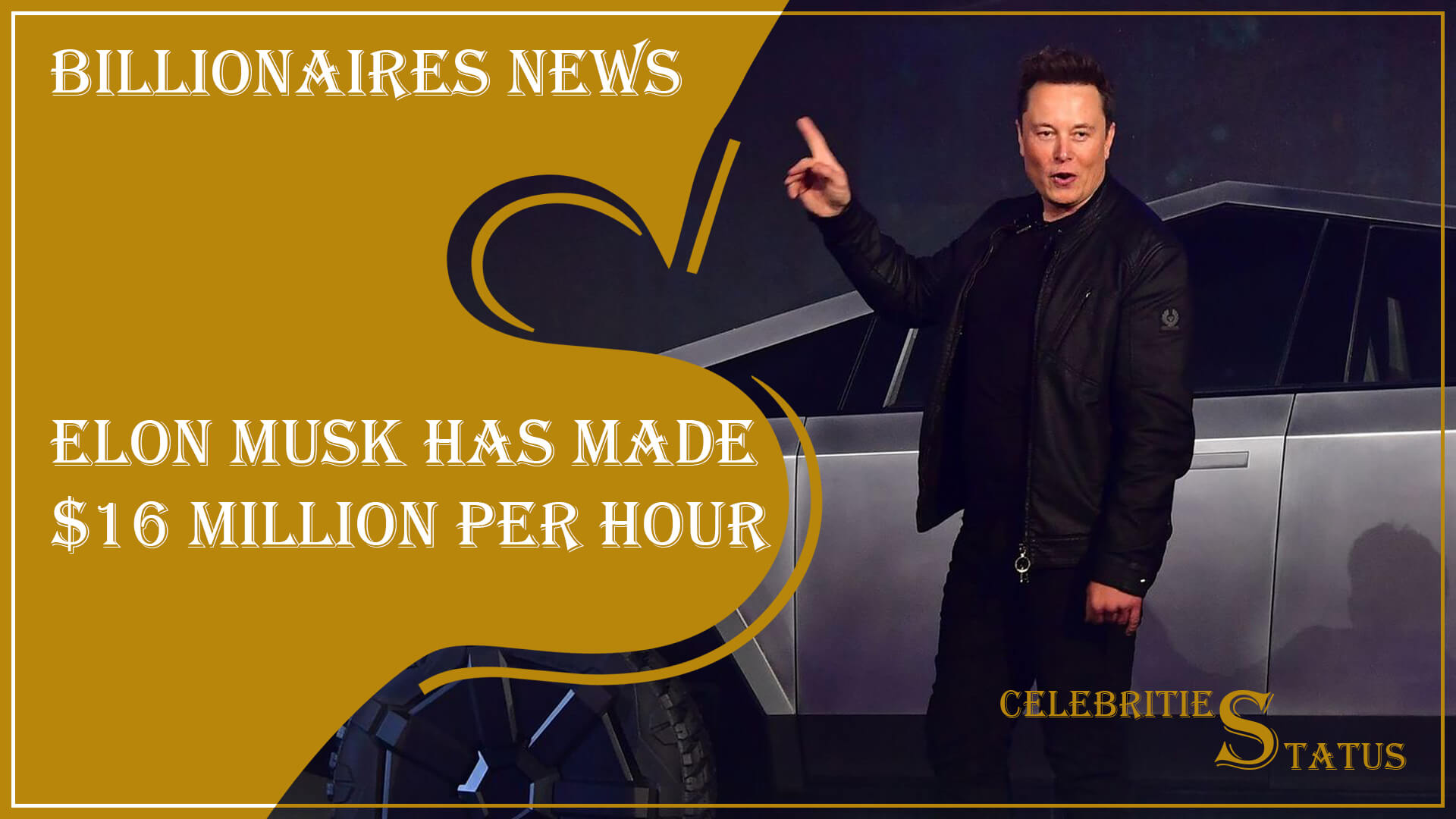 Back in December, we reported on the fact that Elon Musk doesn’t take a salary for his work at Tesla. Instead, he has a compensation plan that could be worth up to $100 billion if he meets certain goals. If the first month of 2020 is any indication, he’s not just going to meet those goals, he’s going to blow right past them. So far in 2020, Elon Musk is getting richer faster than any other billionaire, or any other person, for that matter.

He has made $400 million PER DAY or $16 million PER HOUR since January 1. He’s made $13.5 billion since the first of the year. Back in December, we also reported that Tesla’s market cap was $60 billion. At the time of this writing on Tuesday, February 4, Tesla’s market cap was $163.3 billion and gaining. That means the electric car maker has added more than $100 billion to its value in a bit over a month.

Let’s recap Musk’s compensation plan, because it suddenly seems a whole lot less crazy. Back in January 2018, the board of Tesla presented a compensation plan for Musk that could be worth $100 billion. Musk will receive up to $100 billion in stock options over a decade if he (and Tesla) meets certain goals called tranches. There are 12-tranches to this plan. He gets the first chunk of options when Tesla hits a market cap of $100 billion (which has been achieved).

At the time the plan was announced, Tesla had a market cap of about $50 billion. After that, Musk gets another one of the tranches each time Tesla’s market cap increases by another $50 billion (which has been achieved for $150 billion). If Musk can grow Tesla to a $650 billion market cap, he will earn the entire $100 billion.

Of course, Musk’s primary source of wealth is his stock holdings in Tesla and SpaceX. Tesla’s stock has been on a run. The stock has continued to surge as the company beat analyst estimates in its third-quarter earnings report back in October. As of this writing, Tesla stock as more than doubled since January 2nd’s price of $430.26. It is currently trading at $887.06 as of the close of trading on Tuesday, February 4.