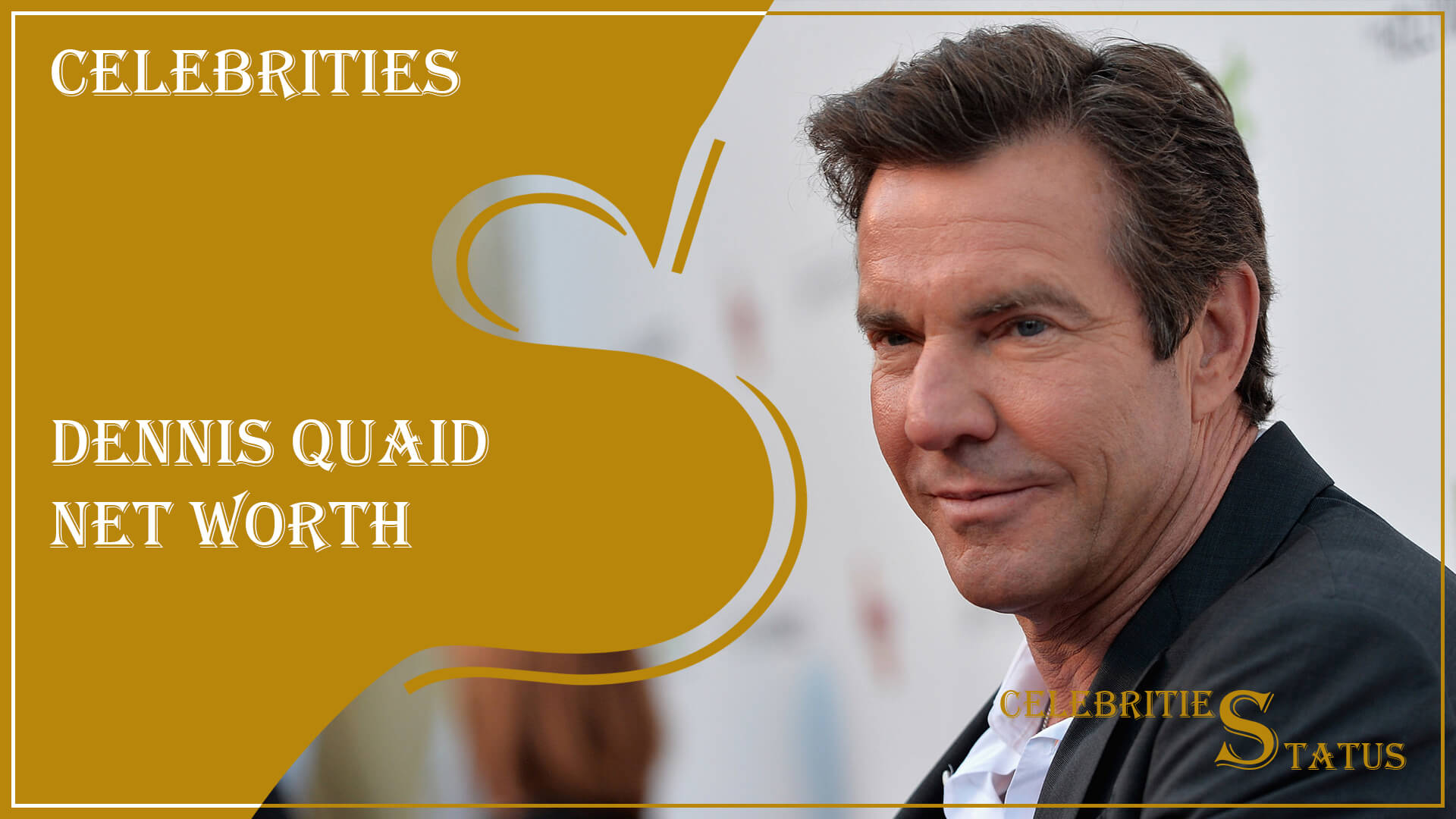 Dennis Quaid is an American actor who has a net worth of $30 million dollars. Born April 9, 1954 in Houston, Texas, Dennis Quaid is the younger brother of actor Randy Quaid. Brother Randy was experiencing some success in the acting business and it gave Dennis motivation to move to Hollywood in 1973 to pursue an acting career of his own. He initially had trouble finding work but got noticed when he appeared in Breaking Away (1979) and earned good reviews for his role in The Right Stuff (1983).

Known for his infectious grin, early in his career Quaid appeared in both comedic and dramatic roles, including starring roles in the films Enemy Mine (1985) and Innerspace (1987). He also achieved acclaim for his portrayal of Jerry Lee Lewis in Great Balls of Fire! (1989). In 1989, he also appeared throughout the Bonnie Raitt music video for the song “Thing Called Love.”

Quaid’s career lost steam in the early ’90s when he fought anorexia nervosa and kicked a cocaine addiction. He continued to garner positive reviews in a variety of films, however, such as Doc Holliday in Wyatt Earp (1994). He starred in the remake of The Parent Trap (1998), playing the part of the twins’ father and as an aging pro football quarterback in Oliver Stone’s Any Given Sunday (1999).

In 2012 and 2013, Quaid played Sheriff Ralph Lamb in the CBS TV drama series Vegas. Quaid lends his name to the annual “Dennis Quaid Charity Weekend” (formerly the “Jiffy Lube/Dennis Quaid Charity Classic”) in Austin and works with the International Hospital for Children in New Orleans.

He was married to actress Meg Ryan from 1991 to 2001. He was married to Kimberly Buffington from 2004 to 2018. As part of his divorce from Kimberly we learned that Dennis makes around $1.3 million per year. Kimberly was awarded considerable property and monthly support. In March 2019, Dennis listed his Los Angeles home for $5.9 million. He bought the house in 2013 for $5.1 million. In 2013 he sold his previous home in the same area (Pacific Palisades) for $3.315 million.

In October 2019, Dennis became engaged to his 26 year old girlfriend Laura Savoie. Dennis was 65 at the time of their engagement.